Posted by Richard on May 1, 2018
Posted in: Restoration. Leave a Comment

Now that the engine work is bolted down (as opposed to screwed up) and the car painted, the last major tasks are to carefully reassemble the numerous pieces that were disassembled for the renovation, such as interior conveniences and exterior trim (e.g., chrome).  As can be seen in the first photo, the grill and bumper have been attached.  One of the lower bumper guards was damaged beyond my ability to repair but I found two for sale at reasonable cost on Kijiji, Calgary Alberta (Kijiji is a Canadian “Craig’s List”). 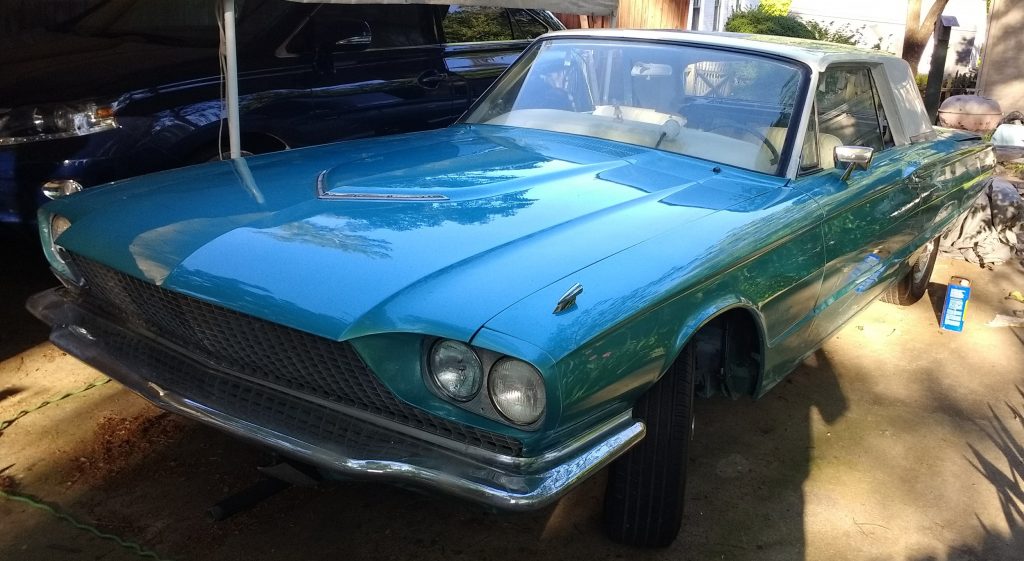 Weatherstripping and seals had to be installed on the door and interior door panels prior to installing the windows and the doors’ interior parts (door locks, stereo speakers, etc.).  Window cranks and door locks were cleaned and lubricated for smooth operation.  The doors now close with a solid, satisfying “thunk”.  (Beats holding them closed  with bungee cords while driving on the highway.)

There was still a problem with the engine quitting after getting hot, so the fuel line was moved again: this time up against the firewall so that it doesn’t cross over the hot engine (see photo).  Also had a chance to lean out the carburetor  fuel mixture.  The engine was running too rich and fouling the spark plugs. 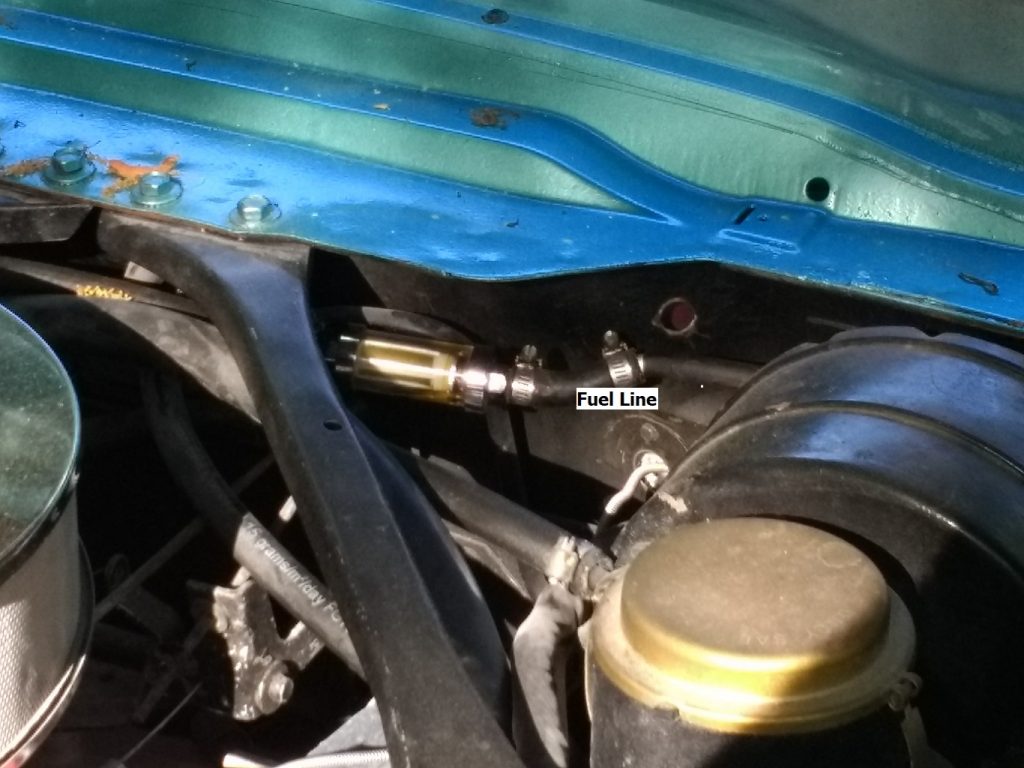